Starting college a year early is hard. Starting fae college and learning to protect the world from the Unseelie is harder. Brielle Reed has always been an over-achiever, but this time she may have bitten off more than she can chew. Between her crash course in fae politics, struggles to control her new mind-reading ability, training sessions with the demanding Dr. Schwartz, and discoveries about the father who is still a mystery to her, Brielle finds herself longing for a chance at a normal life. But she may not get that chance. Or chance at a life at all, for that matter.


BUY IT ON Barnes & Noble, Amazon, or Walmart

A collection of stories and poems that will pull you in and take you away….

From some of today’s most talented young adult authors comes this beautifully written anthology of short stories and poems that will touch your heart and make you realize you are not alone…
God is doing Something Beautiful through you. In our busy world of meetings and microwaves, car radios and cellphones, people always wish they could get an extra hour in the day. But what if they could? Doorways to Extra Time is an anthology that explores ways to get extra time (be it an hour, a day, or a decade) and the impact it would have--whether upon a single life, a family or an entire world.


BUY IT ON Amazon  Barnes & Noble


People don't usually question holiday traditions or their origins, but maybe they should. Over centuries, explanations of how and why holidays exist may have been lost or changed.
Some holiday histories might only be known by a few individuals. Ancient magic spells could have influenced how we celebrate today. Fairies, zombies, or demons may have shaped our holidays.
Consider the following...
Why do people give red roses and cards on Valentine's Day?
Is there more to the story of Purim than is traditionally told?
Why do people wear green on St. Patrick's Day?
What happens to spirits that are captured during the Japanese Doll Festival?
Where does Santa get his helpers?
You may think you know the truth, but you can't be too sure.

BUY IT ON Amazon-Barnes & Noble 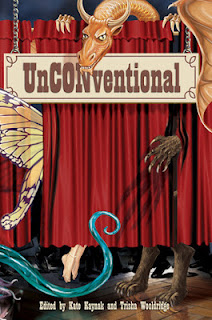 It's about to get weird... okay, weirder in here. Alien ascensions in hotel ballrooms. Mermaids on cruise ships. Werewolves in dog shows. Steampunk fairy time travelers. A teenage superhero hitching a ride with a supervillain. Comic books that absorb their readers. Magical filk... and much more. 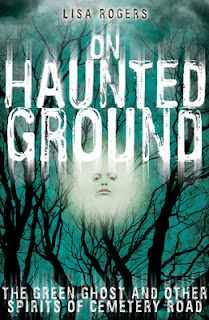 Lisa Rogers sensed that the house she bought with her husband Wes came with a ghost. But nothing prepared them for doors slamming on their own, objects flying, and the nightly appearance of a freaky green orb in their bedroom. Their two children had opposing views on the paranormal activity. While Keshia grew attached to the grandmotherly ghost who taught her not to be afraid of thunderstorms and the Native American spirit that tucked her into bed, her brother Troy wasn't quick to believe in their unearthly guests. This amazing true story details two decades of terrifying, funny, and heartwarming paranormal encounters--the mischievous entity that imitated the voice of each family member, the spool that "came to life" to chase the kids, the shocking events that shake Wes and Troy's skepticism--and the enduring love that keeps the family together through it all.