As some of you may have seen on facebook over the weekend, I turned in my Acknowledgements page for Blood Bound. Just like every other step on this journey, it hit me that this is really real. And it's close. I won't lie, I shed a few tears before I clicked the "send" button. Writing a book is a huge project, bigger than I ever thought. I tried as hard as I could, but there is no way to thank everyone who was involved in the process. From ideas and brainstorming to reading and re-reading (again and again) I'm sure I've annoyed every person I know, talking about my projects. And that was before I was even signed, and the "real work" began.

I guess writing the acknowledgements just made everything feel more final to me. Oh, I know there is plenty left to be done. Interviews, promotions, book signings, and the list goes on. But my editors didn't change their minds and run the other way. My amazing cover artist didn't throw in the towel. So, basically, I'm a few short steps from holding a real, printed copy of MY BOOK. And if I get any more excited, I'm going to pop. All this is to say, if you're taking the time to read my ramblings, 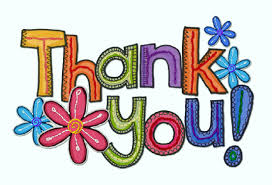 Posted by Keshia Swaim at 6:30 AM No comments:

Email ThisBlogThis!Share to TwitterShare to FacebookShare to Pinterest
Labels: Just Me

I've always understood that, even people who speak the same language, in the same country, can have a difficult time understanding each other. There are certain "regional" phrases and actions that make little or no sense to those outside the region. For example: In Oklahoma, a tornado siren does not mean "take cover." It means "Grab a camera and go outside."

But, until I began the editing process with editors in a different region, I never realized how different we can be. For example, did you know that there is a regional difference between a "shirt" and a "top"? Or that the women of a family organizing food for a gathering without asking any of the men to prepare a dish could sound sexist and offensive?

I am not picking on any region here. I actually think it's pretty cool. Although I've met folks from all around the world, most of my friends and family live in the Mid-Western region, and most of us have lived in the area all our lives. While we (usually) understand each other, it doesn't give me the chance to learn anything new. So now I ask, what about you? What regionalisms do you use that may sound strange to others?
Posted by Keshia Swaim at 5:44 AM No comments:

Email ThisBlogThis!Share to TwitterShare to FacebookShare to Pinterest
Labels: Just Me

So, last week I posted about my "Writer's Winter," and about getting my latest round of edits. Then I banished myself to a week of editing, correcting, and re-looking at my book. I've got to admit, I liked it. My book, that is. It's been long enough since I'd read it that I smiled anew at the funny parts, and even though I did write it, I'd forgotten about a few details. What I'm trying to say is that I'm excited about the way Blood Bound has taken shape, and I'm really grateful to all the awesome people who've helped me so far.

And now I feel the first breaths of Spring! Maybe. It's been a bit elusive this year. But I do feel a spark of creativity coming back, so I'm going to grab it. Which basically means this may be another post-less week. I hope you'll forgive me.
Posted by Keshia Swaim at 5:16 AM No comments:

Last week I read a fellow author's post comparing the ups and downs of being an author to the seasons of the year. Well, I've been experiencing Writer's Winter for a while now. Lack of inspiration, chasing dead ends, and lots of rejections. Even though I fought against it, this barren time has managed to make me depressed. And, as you can imagine, the more depressed I became, the harder it became to write the creative pieces I love. I've definitely needed a "woo-hoo" moment.

Well, I got it last night. My editor sent me the (hopefully) final edits on Blood Bound. That's right, my novel is one step closer to the printing press.And it hit me: This is no longer a dream foe me. I'm actually doing this. I've always known that not everyone will like my ideas or my style. I've lived in my head long enough not to expect every thought to be creative gold. But, no matter what anyone else says, I've proven to me (my worst critic) that I can do this.Future rejections ans "winters" will come, but they can't erase what I've already done. So, Yay Me!
Posted by Keshia Swaim at 6:14 AM 4 comments:

It's Been One of THOSE Weeks

Can anyone else relate?
Posted by Keshia Swaim at 8:12 AM 1 comment: After leaving Society to desperately seek The Rising, and each other, Cassia and Ky have found what they were looking for, but at the cost of losing each other yet again. Cassia is assigned undercover in Central city, Ky outside the borders, an airship pilot with Indie. Xander is a medic, with a secret. All too soon, everything shifts again.  Goodreads

The writing style in Reached was what I've come to expect from Ally Condie, beautiful and poetic. But the final installment felt a bit more predictable to me, and the world lost some of it's pull. That said, it was still a solid conclusion, tying up most of the ends, but leaving just enough for the reader to wonder and hope for the brightest future possible.

I still say I don't get the Cassia/Ky relationship, and Xander would have been my choice, but in the end, it was the ability to have a choice that mattered. I was happy to see more of Xander in this book, and for he and Cassia to be able to finally tell each other that they'd chosen the same things.

There is a lot of death in the final installment, and I may have shed a tear or two over some characters we've known from the beginning. But I loved that everyone who survived  seemed to have the will not only to continue on, but to make things better.

I can't really say anything about the end, without giving it away. But on one leve it felt that everything was leading this direction, while on the other I was left wondering "where did (insert specific character) come from?"

If you've read the first books in this series, you'll definitely need to see how this one ends!

Posted by Keshia Swaim at 1:24 PM No comments:

For those of you who remember, last week I posted about my first "author" appearance at a Career Day for my old school. You will also remember that I was pretty stressed. As usual, that was pointless. It went great! The pictures aren't the clearest, but I brought along SWAG from several of my fellow SHP authors, and I had a blast talking about the awesome books coming out this year, (including mine!) The different aspects of being an author/editor, and the general awesomeness of following your dreams.

I'd hoped to get a few "action shots" of me talking to students, but once they started coming over, I got too busy talking to them and forgot about my camera. Everyone I talked to was polite, even though it was obvious that several were just hoping the teachers milling about would notice that they were talking to the guests. And that's fine with me. BUT I also had pretty in-depth conversations with a girl who lamented how many perfectly good books were ruined because of poor/no editing, and another young lady who quietly told me she keeps a notebook with her at all times to write her thoughts/poetry/short stories, even though she believes shell never be "good enough" to make it. And, of course, there was the girl who squealed, and told me I had no idea how cool it was to meet a real fantasy author who went to her school. (Why, yes, I think I actually have a pretty good idea of how cool teen-me would have thought that was.) I was also able to talk with two of my favorite teachers, (who didn't know what I was up to these days) and to top it all off, I got a free lunch. Hopefully, the school thought it went as well as I did, and they'll invite me back again next year!
Posted by Keshia Swaim at 5:57 AM No comments: